Click on any of the three pictures below to enlarge it and toggle between pictures for downloading. Press Esc to return to this page. 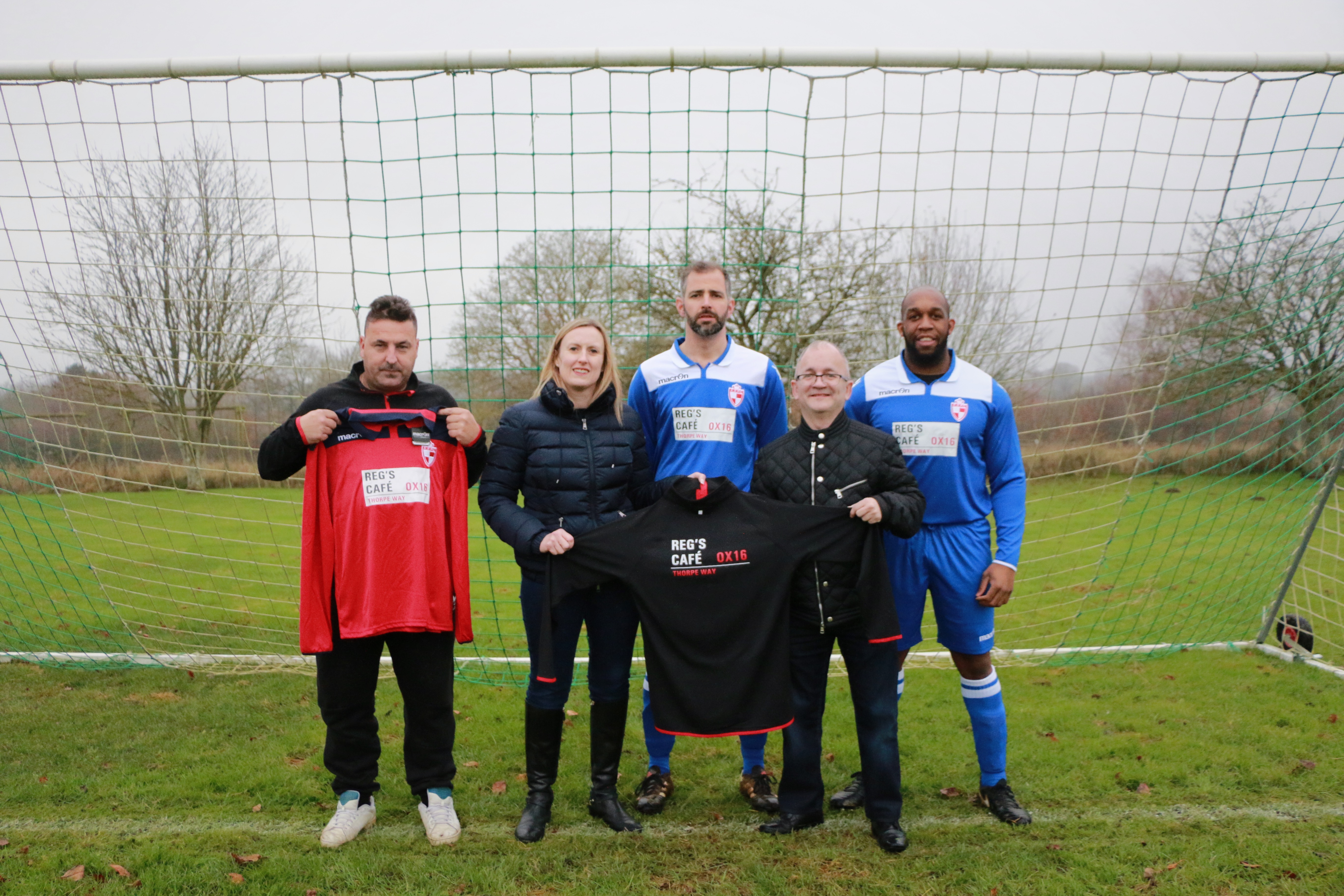 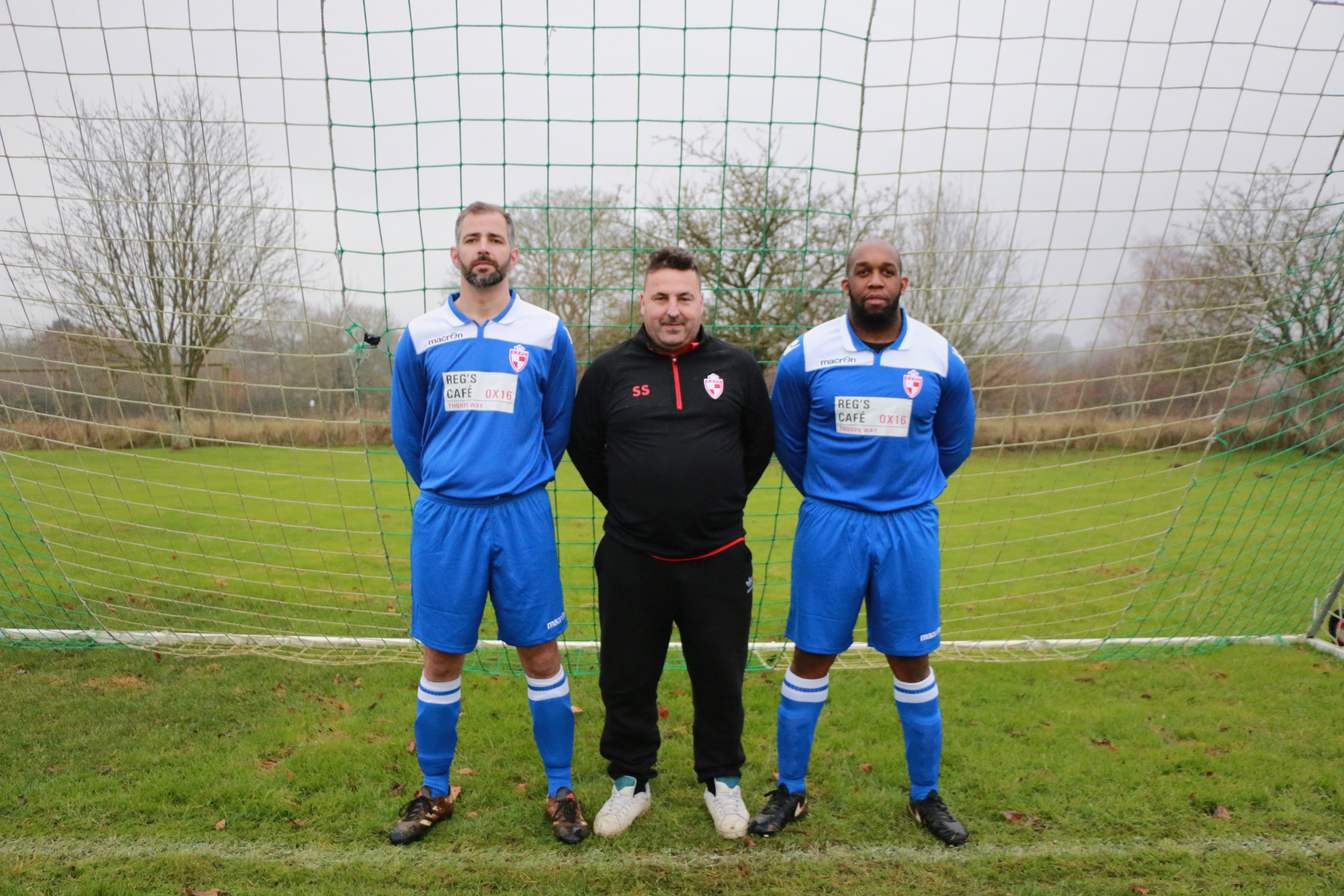 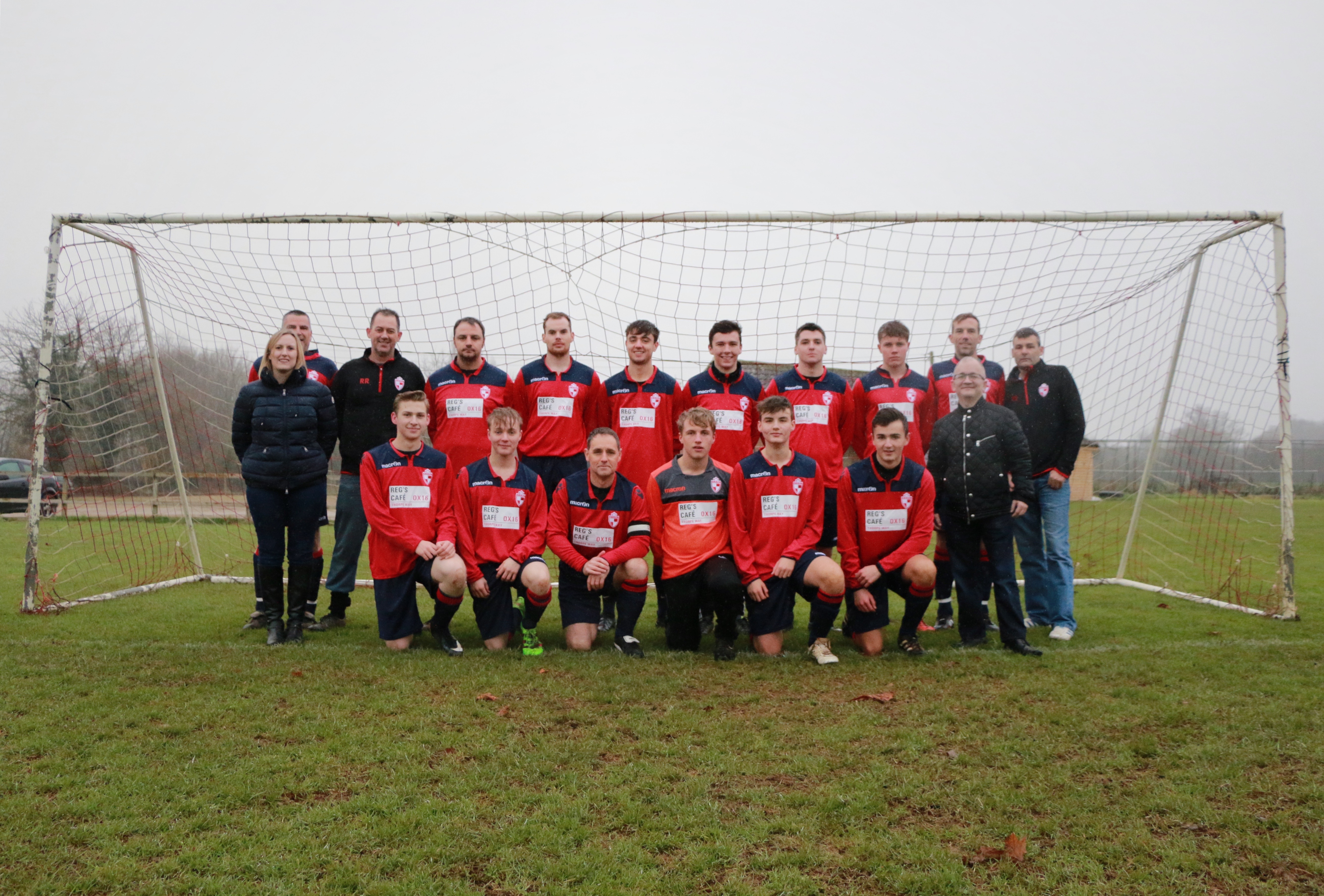 Banbury, Oxfordshire – January 9, 2018 – Banbury-based dining chain Reg’s Café is sponsoring King’s Sutton Football Club with the purchase of complete new playing kits – both for the First Team and the reserve side. The company, which opened an award-winning eatery in Richmond Street, King’s Sutton* in August 2015, has also provided every team member with a smart new training top.

“Wherever we operate, we aim to get involved in the local community,” says Reg’s Café owner Reg Howe, himself a King’s Sutton resident. “Our village football club have experienced something of a torrid time over the past couple of years, but they’ve worked very hard this season to turn things around. They’ve attracted some new faces and have persuaded former players who’d left to join other teams to come back as well.

“When they approached us for a little financial help, we felt the best way for us to support the club’s revival efforts would be to buy new kit and training tops to smarten all the players up and make them feel a bit more professional. We’re not sure if they’re playing any better as a result, but they certainly look a lot better. And the First Team is now sitting comfortably in second place in Division Two of the Banbury District and Lord Jersey FA league – well-placed for promotion at the end of the season – so they’re clearly doing something right!”

* The King’s Sutton branch of Reg’s Café has picked up the Eat Out Eat Well Gold Award at the Northamptonshire Food & Drink Awards for the past two years running.

About Reg’s Café
Founded by husband and wife team Reg and Alison Howe, Reg’s Café is a catering and dining business based in Banbury, Oxfordshire. Convinced that there remained a huge appetite for freshly prepared, British “plain cooking” amid an ocean of burger and pizza chains, the pair opened their first café on a Banbury industrial estate in January 2013 and haven’t looked back since. The company now has three cafés serving the local area and has successfully diversified into catering services and sandwich deliveries. Reg’s Café has won a large number of prestigious awards by sticking to its founders’ ethos of providing traditional British hot food menu items, using high quality, locally-sourced produce prepared on the day, on the premises in top-rated hygienic conditions. (Each of the company’s three cafés has received 5-star status for its hygiene practices.)

King’s Sutton Football Club can be contacted via Twitter: @KingsSuttonFC